The fimrware for the uThing::VOC™ is Open Source, with a MIT License, so you are free to use it and modify it as long as you keep the reference to the original work. Please check the GitHub repository if you are interested.

Either if you want to update the firmware to the latest version, you are concerned about security and prefer to build your own binary, or you want to modify the source code and build a custom version (build instructions in the repo), there are 2 ways of flashing the Firmware:

A: Using a debug probe connected to the SWD pads¶

Note: This is the best way to go if you want to do torough modifications and debugging with GDB.

In this case, it's necessary to solder the correspondent signals to the SWD port on the board bottom-side (do not forget to connect the 3V3 power signal or JLink won't detect the target). 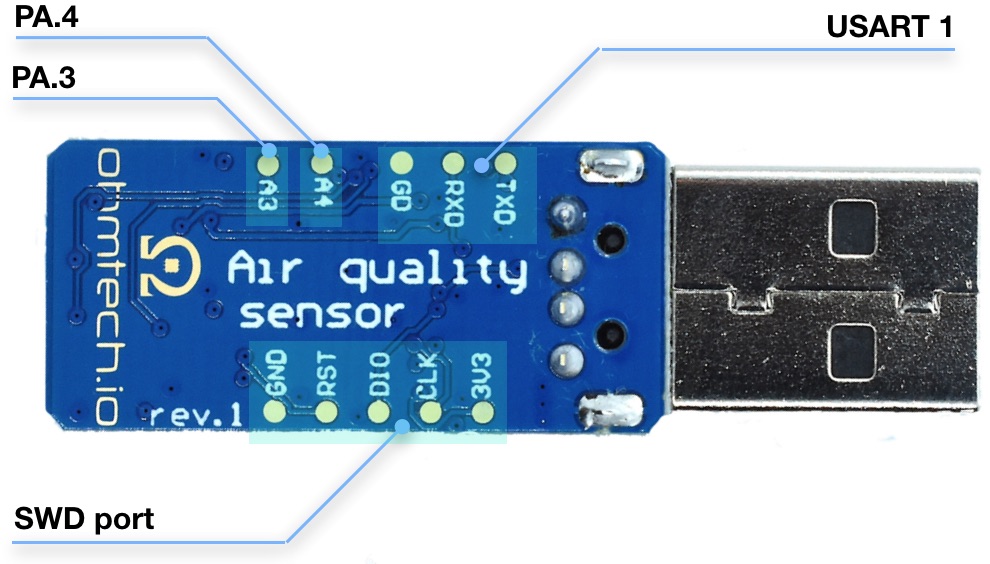 The flash script for Segger's J-Link™ is already included in the repository, so you just run:

Many different debug probes could be used instead (as the ones based on FT2232/OpenOCD or ST-Link™).

If the intention is to simply update the firmware, or just program a slightly modified version without the need for extensive debugging / testing, the MCU can be re-flashed via the USB port by using the on-board USB-DFU capability.